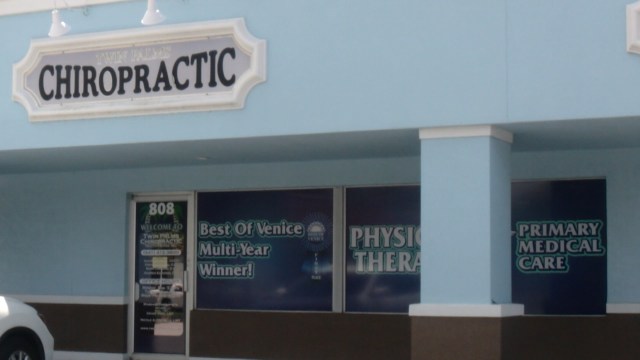 SARASOTA, Fla. (WFLA) — Families were lined up outside a chiropractor’s office in Venice on Monday night hoping to get medical exemption forms for their children in response to Sarasota County’s new school mask mandate.

The mask mandate in Sarasota County schools went into effect on Monday and, while the district says compliance so far has been good, they are dealing with a few challenges vetting medical exemption forms. As the district works through the exemptions to make sure they’re valid and correct, some parents are voicing concerns over the local chiropractor, who confirms to 8 On Your Side he’s signed dozens of exemption forms in the past week.

Paulina Testerman says she was in disbelief when she heard claims that Twin Palms Chiropractic was offering up mask exemptions to anyone who wanted one. Her family went to check things out for themselves.

“We were in and out, came in, signed a clipboard and handed a sheet,” Testerman said. “Nobody asked to see our children. The forms were pre-signed, there was a stack behind the counter and they were just passed out.”

District officials say they’re aware of the situation and are concerned about the claims they’re seeing online.

“We have got a fair amount of exemption forms from that practice,” Craig Maniglia with Sarasota County Schools said. “They are being looked into. They have been given to our attorneys.”

8 On Your Side spoke with Dr. Dan Busch outside his attorney’s office to get his side.

“This is not a political thing. I am not an anti-mask person or an anti-vax person, but I am a pro-freedom, pro-choice person,” Dr. Busch said.

The chiropractor told us his policy is to meet with the student and their legal guardian to see whether or not they qualify for an exemption.

“I myself, I will tell you I have not given exemptions to any parents that I have not met with,” Busch said.

We asked Dr. Busch what kind of diagnosis chiropractors can make when it comes to a mask exemption.

Testerman says she wants to know why parents don’t just go to their pediatrician for a mask waiver.

“That answer is really quite simple. Pediatricians are trained to diagnose and treat children and they recognize the dangers that COVID presents,” she said. “Signing a mask waiver would go against one of their tenants of their Hippocratic oath [to] do no harm.”

What is an Anesthesiologist

The Path To Becoming a Psychiatrist